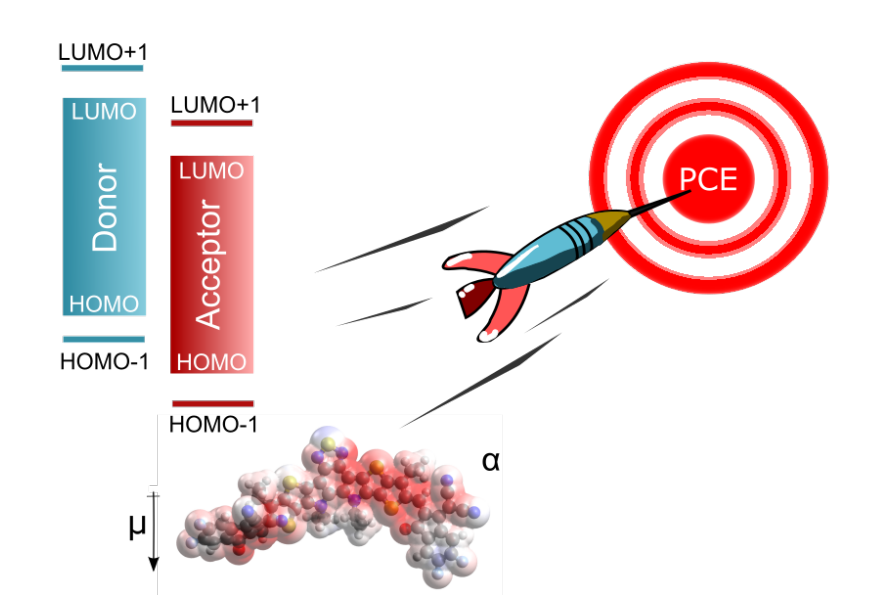 In the fabrication of organic solar cells, there has been a need for materials with high power conversion efficiencies (PCE). Scharber’s model is commonly used to predict efficiency, however it exhibits poor performance with new non-fullerene acceptor (NFA) devices (RMSE=2.53%). In this work, an empirical model is proposed that can be a more accurate alternative for NFA organic solar cells. Additionally, many screening studies use computationally expensive methods. A model based on using the semi-empirical simplified time-dependent density functional theory (sTD-DFT) as an alternative method can accelerate the calculations and yields similar accuracy. The models presented in this paper, referred to as Organic Photovoltaic Efficiency Predictor (OPEP) models, have shown significantly lower errors than previous models, with OPEP/B3LYP yielding errors of 1.53% and OPEP/sTD-DFT of 1.55%. The proposed computational models can be utilized for fast and accurate screening of new high-efficiency NFAs and donor polymer pairs.